I sure do hope everyone is having a safe, fun, warm and love-filled end to 2014. My laaaaaady, (Styx reference), and I were able to spend some time with our families for Christmas, and are hoping to ring in the new year quietly at our home surrounded by our four-legged creatures and the mountains of Western North Carolina.

As Christmas was approaching, I thought it would be fun to have another little audiobook giveaway. A good number of folks signed up for the newsletter to be considered, and it was a great success. I was able to give away three copies, and I hope the winners enjoy the heck out of the book!

2015 is going to be a great year for The Akallian Tales. There will be more exposure for book one, Souls of Astraeus. Book two, Games of Astraeus, will launch in 2015 as well! I’m absolutely thrilled. It launches right back into the action at the end of book one, builds on the drama and bad blood exposed in book one, reveals more of the history of the Astraean multiverse, and answers some juicy questions everyone had at the end of Souls of Astraeus. 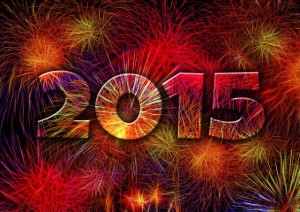 There should also be a fairly good number of convention and book fair appearances in 2015 for me. I’m really looking forward to meeting fellow readers, fellow authors, and all of the other fellow fans of science fiction and fantasy.

There are also, some really awesome surprises in the works for The Akallian Tales. Keep an eye and ear out!

Well, it’s been a little more than a year. About a year and two months, actually. I would have written about this on the true year anniversary of self-publishing Souls of Astraeus, but the past few months have been nuts, for a multitude of reasons. The blog has been neglected for those same reasons, but I’m really going to get back into the swing of things. The good thing is that while the blog has been neglected, my next book, (Akallian Tales #2, Games of Astraeus), hasn’t been, and I’ve gotten a few other important things taken care of. I’ve also improved upon my methods for getting my book(s) and me, out there in 2015.

All in all, I’m extremely proud that a year after publishing, Souls of Astraeus is available in paperback, hard cover, e-book, and audiobook. I’m beholden to no one, which is how I think it should be for every writer, to any degree.

A year after publishing my first book

I’ve learned a few great lessons in the 14 months since I’ve published. Within the context of being completely autonomous as a writer, publisher, editor, etc., here they are, in no particular order:

What about you, folks? Any thoughts?